‘ The school has recruited, and developed, highly skilled teachers who inspire students to develop a love of learning. ’ ADEK - 2018 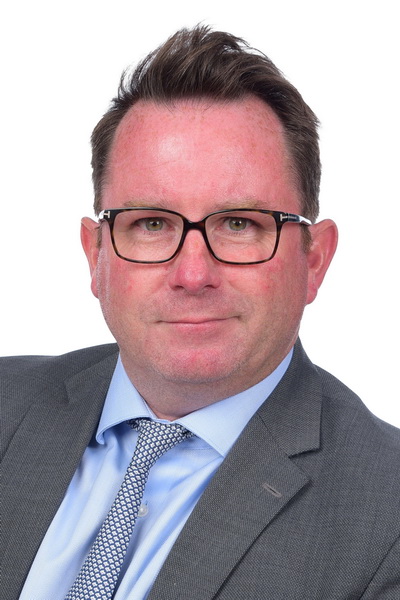 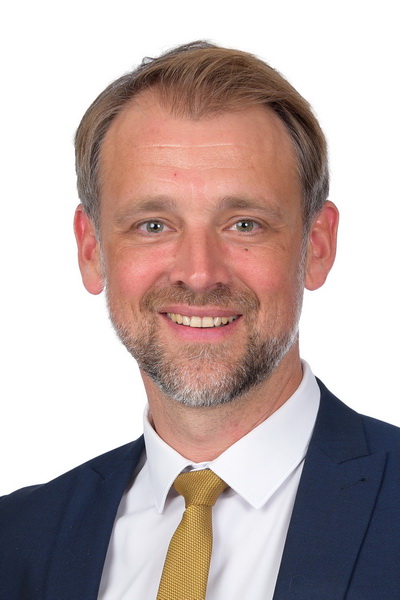 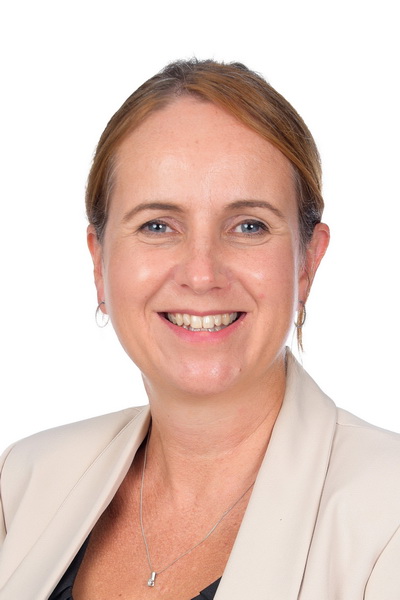 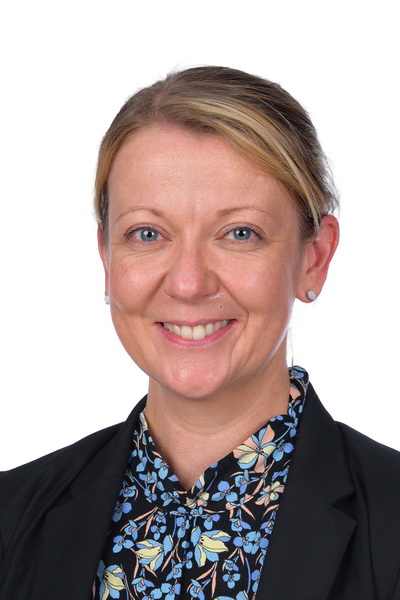 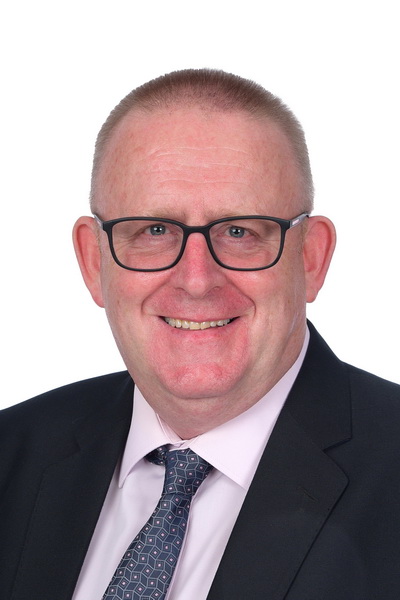 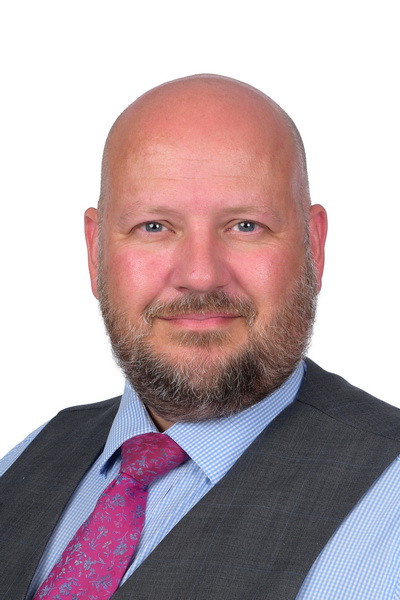 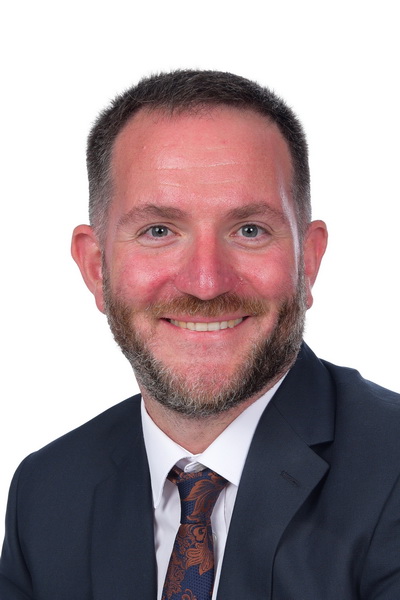 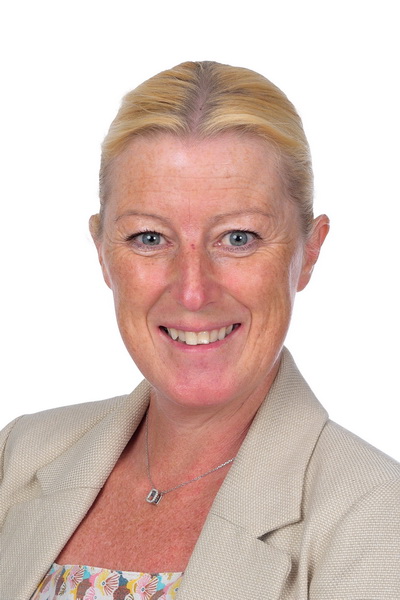 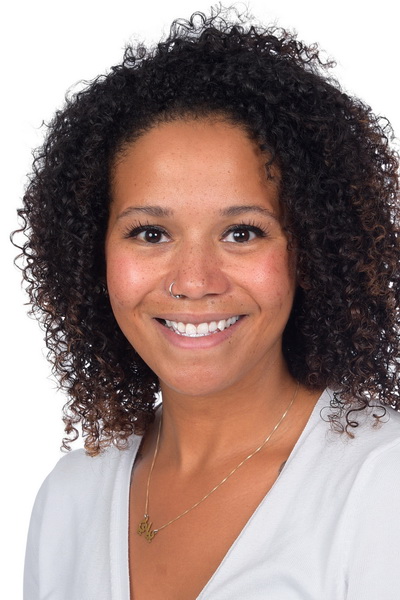 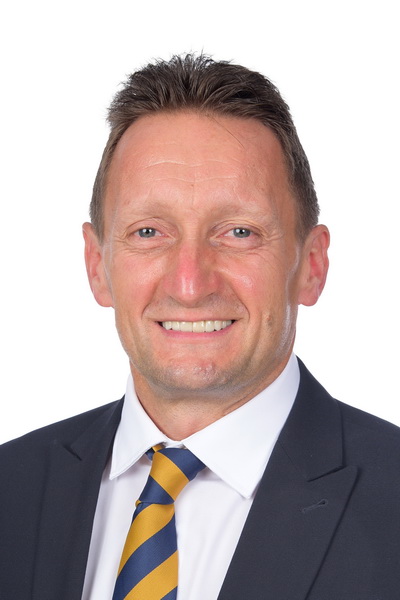 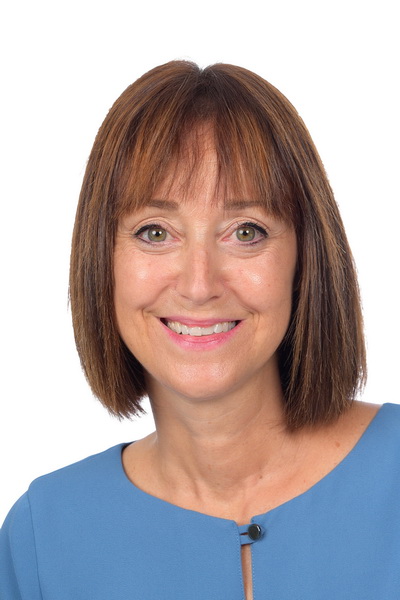 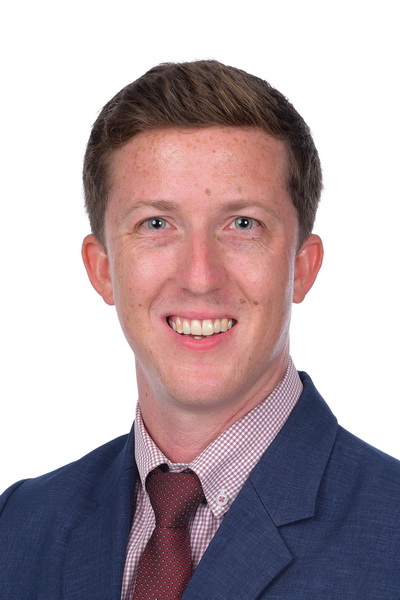 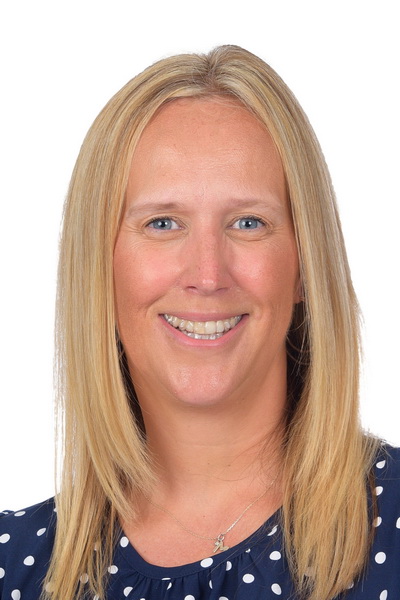 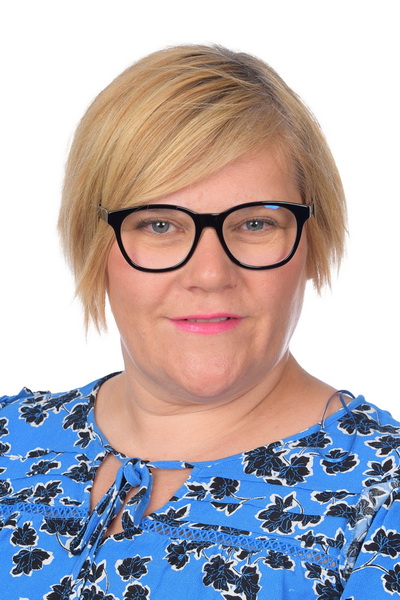 Born in the United Kingdom, Mr Carnochan and his parents moved to Hong Kong, where his family stayed for almost 20 years, prior to spells in Thailand and Laos. Mr Carnochan returned to school in the United Kingdom for his education. Following school (where he played international rugby for Scotland Schoolboys and Students), Mr Carnochan undertook a BEd(Hons) at Heriot-Watt University, Edinburgh. He then entered the teaching profession and began his career in a large comprehensive school in Warwickshire, prior to embarking on another overseas venture, this time in Africa. On his return to the United Kingdom, he started the next chapter of his career with senior roles at both St John’s College School, Cambridge and Repton School, Derbyshire, prior to being appointed to his first Headship at the age of 34. Mr Carnochan undertook his postgraduate studies in Educational Leadership at the University of Nottingham and was most recently Headmaster of Holmewood House School in Tunbridge Wells.

Mr Carnochan very much believes in the importance of schools as communities, where the positive relationships between the teachers, parents and pupils allows us to get to know and understand the individual needs of each and every child. He believes that schools must foster children's talents and nurture their growth through a broad, balanced, challenging and exciting curriculum and, in doing so, create an environment where each child is provided with every opportunity to fulfil their potential. He believes that emotional and social well-being, self-esteem, happiness and confidence are of prime importance and are in themselves inextricably linked to academic progress.

Mr Carnochan is incredibly excited to have joined Brighton College, Al Ain at a very exciting time and looks forward to building upon the many successes the College has enjoyed across the last 8 years. Mr Carnochan has moved to the UAE with his wife, Kate, and their 9 year old son who has joined the College. Mr Carnochan knows and understands the Brighton College ethos and values extremely well given his daughter is a pupil at Brighton College, UK and he has worked very closely with the senior team at the school.

First and foremost, Oliver is a values driven educator. He cares deeply about young people and about education which is holistic and transformative, which was the motivation that brought him into teaching after studying English at university.  He believes that the pastoral and the academic parts of a pupil’s school life are inextricably linked and without nurture and genuine care from adults, young people are unable to thrive in their studies and wider lives. He strongly believes that education has the potential to transform lives and the community here at BCAA have a duty to put children first in all that we do.

Joining BCAA with over 22 years’ experience both internationally and in the UK, Rebecca is passionate about teaching and learning and providing an environment that enables every young person to be ambitious and make a difference in the world.
Rebecca started her English teaching career in London, quickly progressing into senior leadership. She has worked in a variety of leadership roles, including Director of Teaching School for a leading UK Academy Trust where she developed a programme of networks, teacher training and professional development for over 30 schools. Moving to Vietnam as Assistant Headteacher in one of South East Asia’s leading international schools, Rebecca was responsible for professional learning and leadership, organising conferences, developing a senior leadership programme and bringing the first TeachMeets to Vietnam. Rebecca is a trained facilitator for the NPQSL programmes and has recently completed the NPQH qualification herself.
Rebecca joins from her more recent role as Deputy Headteacher in a successful Nottinghamshire school. She has led on character education, oracy and developing reading; three areas that are crucial in a young person’s development.
Delighted to be here in Al Ain at this exciting point in the college’s development, Rebecca joins with her husband and two daughters who will be pupils in years 9 and 10. In her free time, she enjoys art, theatre, literature, food and is a keen traveler and cannot wait to explore what the region has in store. She is looking forward to developing links with pupils, parents and the whole community as the senior school moves into the next stage of its journey.

Catriona moved to Brighton College Al Ain in 2015 from the North East of England and in this time has seen the College grow and open it’s doors to all year groups. Throughout her teaching career she has held a variety of roles such as Lead Teacher for Teaching and Learning, Head of Science, Assistant and Deputy Head Academic. In all these roles it is still teaching Chemistry in the classroom that she enjoys the most. Catriona fully understands the importance of blending the British Education curriculum with the Ministry of Education and is keen on developing suitable pathways to allow all pupils to achieve their potential.

After a successful and rewarding first year as Head of the English Department, Andew is now very much looking forward to taking on the role of Head of Sixth Form at Brighton College, Al Ain.

Andrew has been in education for over 30 years and has headed post-16 provision at 3 other schools, 2 of them A Level institutions, the other offering the International Baccalaureate. In all of those posts, Andrew has overseen the development of pupils from a wide range of backgrounds, helping all secure places at universities, some of them at the world's highest ranked ones, including Oxford, Cambridge, Princeton, Harvard and Yale.  Former pupils have gone on to a range of highly successful careers in professions that range from acting to politics.

Simon hails from the North East of England and is proud to say that he is a founding member of Brighton College, Al Ain.

Starting off his professional life as a professional Actor and Singer in the Performing Arts industry, he made the transition into teaching and never looked back. He worked in the British State Sector for around 12 years before the lure of the Brighton College, Al Ain project brought him and his family to the UAE in 2013.

Simon has successfully fulfilled the roles of Head of Drama, Director of Performing Arts and since 2017 has enjoyed being a part of the Senior School Leadership Team as Assistant Head.

Simon has a creative approach and is passionate about collaboration, communication and developing and maintaining a positive and supportive environment for Pupils, Staff and the wider community.

Originally from Cheshire, England, Craig graduated from the University of Newcastle upon Tyne with a BSc (Hons) in Mathematics and Statistics.

Craig taught in the UK state sector for eight years undertaking a variety of roles such as Curriculum and Intervention Coordinator, Strategic Lead of Mathematics and Specialist Leader of Education. As well as this Craig participated in the Shanghai Maths Teacher Exchange with the DFE and NCETM, leading the NW3 Maths Hub throughout the first iteration of this project. An accomplished public speaker, Craig has delivered workshops and keynote speeches on pedagogy and question design at a multitude of local and national conferences. Craig moved to Al Ain five years ago and was appointed Assistant Head (Academic) in 2019. This role has given him the opportunity to continue focusing on the development of teaching, learning and assessment in a College rightly rated Outstanding by ADEK in every category.

Jonathan McArthur was a Head Master in England for 10 years before becoming the Head of Middle School, Interim Headmaster and the Head of Junior School here at Brighton College Al Ain. He moved to Al Ain with his family and is now in his 8 th year at the College. Mr McArthur studied to become a teacher at the University of Warwick in England and has loved being in the profession for nearly 30 years.
Mr McArthur believes that at the heart of a successful education are happy children and families, fascinated, inspired and motivated by the world around them. Being actively involved in their learning and being taught by inspirational teachers in a calm and purposeful culture is what helps to ensure that pupils at Brighton flourish and make terrific progress.

Rowena McArthur joined BCAA in 2015 after teaching for over 20 years in a number of Primary settings across the South of England where she held a variety of leadership positions. Prior to having her own children, she was Deputy Head teacher of a Primary School in West Sussex. Rowena subsequently went on to work for the Local Education Authority leading teacher training in reading, writing and media literacy and supporting school improvement across the region.  She also has many years’ experience serving as Chair of Governors of an outstanding Infant School in Brighton Sussex.

She has a passion for reading and children’s literature and firmly believes in the power of reading in unlocking children’s imaginative worlds and providing them with a safe and exciting way of exploring alternative realities to their own.

She has a first class honours degree from the University of Warwick.

Matt Brant joined Brighton College Al Ain after 8 years at a large British international school in Bahrain, where he was part of the leadership team which led the school to maintain its outstanding status in inspections.  Originally from Reading, UK, where he earned a BA (Ed) Hons Degree  in Primary Education, he began his career at a founding Forest School where he learnt the importance of a holistic education, nurturing, valuing and developing the whole child to be the best they can be. He is passionate about gymnastics, previously coaching in the UK and developing his own club in Bahrain and holds a Level 3 coaching qualification. He is also an accredited Level 2 Google Educator.

As a Brighton College parent, Matt fully understands the impact being part of the Brighton College family can have on its pupils and is committed to ensuring that this is experienced by every child in his care.

Melanie is now in her eighth year as Deputy Head of Pastoral and Wellbeing in the Junior School. She has over 22 years of teaching experience, with a wealth of educational experience in schools
internationally and in the UK, across many contexts, teaching varying age ranges with different curriculums. She is an adaptable person and has had responsibility for leading on many different curriculum areas and with numerous leadership roles during her career.

Within Brighton College Al Ain, as a member of the Junior School Leadership team, Melanie has
contributed fully to 2 successful ADEK inspections of which we achieved outstanding. She has also helped shape the development of the Junior School, taking it from 2 form entry to 4. Through her pastoral care role, Melanie has supported behaviour, mental health, wellbeing and pupil voice, providing leadership opportunities for many of our children, so they aspire to be more.

In addition, she is also Child Protection Officer, Designated Lead for Mental Health and has recently attained her National Professional Qualification for Headship.

For better web experience, please use the website in portrait mode